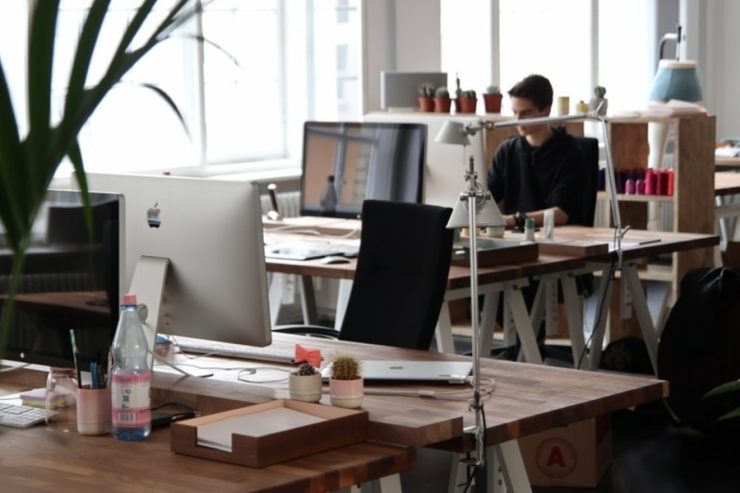 How WorkClub raised £250k in under four days

In 2018, Nick Donnelly created a sustainable solution to help aid the growing demand for flexible workspaces in and around London. He explains how he funded it with a successful crowdfunding campaign.

Along with co-founders Tori Donnelly and Upile Chasowa, Donnelly understood the difficulties freelance workers face when looking for a comfortable and productive place to work. WorkClub aims to turn empty venues across the UK into bustling co-working environments for people to use at an affordable rate.

The team at WorkClub launched a fundraising campaign through investing platform CrowdCube on Friday 13th September 2019 – and it’s currently overfunding at 138%.

We sat down with Nick Donnelly, founder & CEO of WorkClub, to discuss how the company prepared for its venture into crowdfunding and to find out how being a finalist at The Pitch 2018 has helped his team.

Currently, there are 4.2 million remote workers in the UK – with this figure set to increase as more people understand the freedom that comes along with a flexible work schedule.

If you try too hard or over complicate it you might set yourself up for failure. You have to be confident.

After working remotely for over 15 years, Nick recognised the benefits of working independently and the rigidity of staying for long hours in the same location. This inspired him to create WorkClub.

“For years, we’ve been doing this nine to five. Or eight to eight. Over time it takes its toll, you see it on the faces of everyone you commute with into town,” Nick explained.

“We’re saying there’s a better way to approach life. If you’re working flexibly you’re a lot more productive and you get to take ownership over your time. Give employees the opportunities to where they work best whether it’s at home or a WorkClub.”

Preparation was the key to success

Despite having limited money and resources, the founders were determined to make sure their business proposal succeeded. This required networking, asking for advice and utilising any free marketing platforms.

“We started working with Notepad, who had experience – tapping into someone who’s already done it is really helpful. They set the tone. It’s good to have that as part of the process. They made us laser focussed.

“We’ve used all the free channels, as we had no marketing budget. We weren’t able to pull out a few thousand pounds. It’s word of mouth, getting on the phone, speaking to the right people,” he said.

A lot of people have been drawn in by the brand, the proposition and the team. That wave has helped us push forward.

Before they began their fundraising campaign, the team set out to make sure WorkClub had a lead investor that would help the business meet their goal.

“We had a lead investor. That’s key to raising more than you expect. We wanted to raise £150k. Once we secured that, we wanted to raise more at a later stage. That’s come quicker than we ever expected,” said Nick.

The power of trusting your gut

The team were ecstatic about the amount of support they received from investors – they are currently overfunding at 138%.

“We had an overwhelming response from the moment we clicked the go button. A lot of people have been drawn in by the brand, the proposition and the team. That wave has helped us push forward.

In under four days, WorkClub surpassed their full investment amount of £250,000 and they have now reached £275,000. Nick believes that trusting his own opinion is the key to this success.

“My method is doing it as I think best. My recommendation is to do what feels right for your business. If you try too hard or over complicate it you might set yourself up for failure. You have to be confident.”

How The Pitch helped WorkClub

Only a few months after launching the company, WorkClub was shortlisted as one of the 15 finalists of The Pitch 2018.

“The Pitch gave us a platform to improve the overall story of WorkClub. As a founder, I need to do as many of those things as possible. When it comes to pitching it’s about confidence. As long as you’re confident about your product you’re going in the same direction.

“One of the questions was: ‘there are other competitions in the market, how are you going to compete?’ I said the product is great and tested. We’ve done just as much but with no money. But at the end of the day what you’re buying is us. We want someone that believes in us. It’s confidence and living and breathing your product.”

Sort out your finances: Join our webinar to get exclusive expert advice