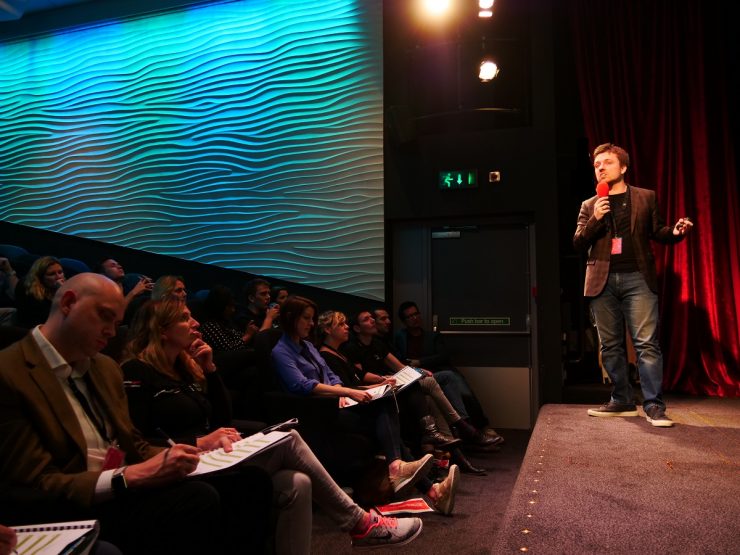 We’re really excited to announce our complete judging lineup for The Pitch 2018 with little over a month to go until applications close.

Some of the UK’s most prominent entrepreneurs will be judging the pitches at the final in October. Like Anne Boden who’s reshaping the finance industry with her disruptive offering Starling Bank and just received an MBE for her efforts. And Ed Reeves who bootstrapped call handling business Moneypenny and built it to 600 employees.

These entrepreneurs represent what we believe in at The Pitch. That it’s not always about raising the most money or having the much-hyped startup. It’s about founders with amazing stories who are hustling to make a difference. Several of these entrepreneurs have pledged time to mentor the winner. Find out more and apply using the button below.

Rob’s the founder and CEO of Trunki, the brand behind the much-loved ride-on suitcase for kids. He’s built the business to 80 team members, exported to over 100 countries and sold over 3.5 million ride-on suitcases. Rob received an MBE from the Queen for Services to Business.

Hear more how dealing with setbacks like copyright infringement and the infamous strap-breaking incident on Dragons’ Den helped him become a better entrepreneur here.

Ed Reeves ran three fledgeling businesses before launching telephone answering services Moneypenny. The bootstrapped business now employs over 650 people and operates in the UK and US.

Read Ed’s thoughts on building a team with the right values, profitability and more.

Anne is CEO of Starling Bank, which she founded in 2014. Anne completed the largest seed round of year, raising £48m to launch the bank. Today, it has over 100 employees and she received an MBE for services to financial technology.

Anne’s vision for Starling Bank is to build the best bank account in the world. She was previously COO of Allied Irish Banks.

In her role as Creative England CFO and COO Mehjabeen’s heard hundreds of startup founders pitch for funding.

Creative England is a national agency that invests in and supports creative ideas, talent and businesses in creative industries – mainly in digital media, film, TV and games.

Read her advice for startup founders looking for investment.

Chieu is the co-founder and CMO of Perkbox, the UK’s fastest growing employee benefits provider. Its aim is to create a better society by helping businesses improve their relationships with their teams.

The 100 employee, three-year-old company has raised over £11m in funding.

How to create an amazing product explainer video