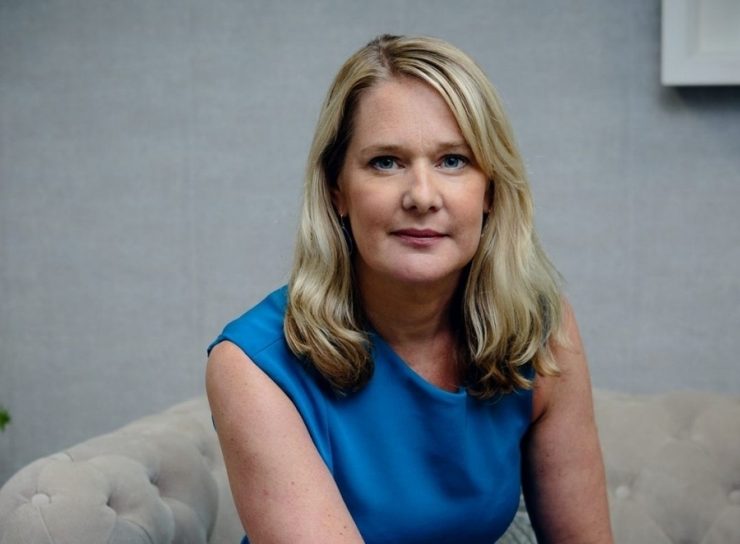 Sam Smith led finnCap as the youngest and only female chief executive of a City broker and it’s now one of the leading independent brokers in the City. As a judge at this year’s The Pitch Final, Sam tells us how she developed an entrepreneurial attitude and what she’s looking for in a pitch.

I started my career in 1998 when I joined the private client broker JM Finn. In 2007, I founded finnCap and three years later I completed the purchase of the remaining shareholding from JM Finn.

I thought moving to CEO would be identical to my previous role running the division, but it was totally different. It felt like I was setting up a new company, starting from scratch on every job – new website, new contracts. migrating clients. It was a bit of a shock as the buck stops with you.

Two weeks after the buy out in 2007, Northern Rock collapsed. I had that ‘oh my god I don’t know what I’m doing and we’re in a financial crisis’ feeling, but it turned into an opportunity because we recruited people as they got laid off.

As an entrepreneur, you rarely think about where you’ve come from as you’re almost always about moving forwards. But 15 years on, the change is unbelievable.

As the founder and leader of a growing business, I was highly aware that the ecosystem was mostly male. That’s been very daunting.

We now have a team of about 150 people and the combined market cap of our clients has grown from £200m to £13bn.

We’ve had individual clients grow from £300k to £800m, which is quite some change in the companies that you grow with as a business.

5 steps to build confidence as a leader

Over the years, I’ve developed some important life lessons which have been at the core of my life as a CEO. I think these are important for any leader, whether they’re running a large, established business or just starting out.

1. Have confidence in the way YOU think things should be done

The best way is not necessarily the way it’s been done in the past. Being authentic is vital – people buy into that.

When I became CEO of finnCap Group, the first thing I did was meet all my fellow CEO peers in the group to find out how they did their jobs. As the founder and leader of a growing business, I was highly aware that the ecosystem was mostly male. That’s been very daunting.

However, I realised that the right way to go about my new role was to work in the way that was best for me. And that wasn’t necessarily the way it had always been done by my male counterparts.

2. Identify role models to inspire you

This is especially true for female leaders. Role models really do make a difference, especially those that you can meet in person and talk to.

3. Build a network of people you trust who look out for you

Think very carefully about your board and surround yourself with people who will support you with no hidden agendas.

4. Find a mentor or life coach who you can talk to regularly

Pick someone you really connect with, who adds value and who you completely trust and respect. This is invaluable when dealing with problems and questions.

I’ve had lots of different mentors, but I’ve always had a coach and every two or three years I switch to someone new.

I like new, innovative, purpose-driven businesses. The founder should have a deep view of what they want to do and a wider reason than just making a profit.

Now I’m actively involved in various mentoring projects and organisations such as Pinky Lilani’s Women of the Future awards. I’m also a patron for the Modern Muse project, aimed at encouraging and inspiring young girls in the UK to look at business careers and entrepreneurship as a way to achieve their dreams.

You know the answers if you have the facts, so don’t let the fear of asking hold you back.

In my sector, the finance world is full of jargon and can be off putting. It will be much easier to make sure you have information framed in a way that makes sense to you, giving you the confidence to perform to the best of your abilities.

What I look for in a good pitch

I like new, innovative, purpose-driven businesses. The founder should have a deep view of what they want to do and a wider reason than just making a profit.

I always think the drive and ambition of the individual is more important than the idea. This is the key success factor in the companies we work with going from small to big.

These are the questions I’ll be asking when I see a startup pitch:

You don’t necessarily need the greatest idea to make something successful but you need to be willing to listen, learn and become a good leader.

Sam Smith is part of The Pitch 2021 Final judging panel. Want to watch the top ten startups from around the UK pitch live? Reserve a free place to watch the online stream here.

Building a community around your side hustle

Watch the best founders in the country pitch live

Book tickets to see the UK's most exciting startups pitch live at our regional finals and network with like-minded entrepreneurs and investors.