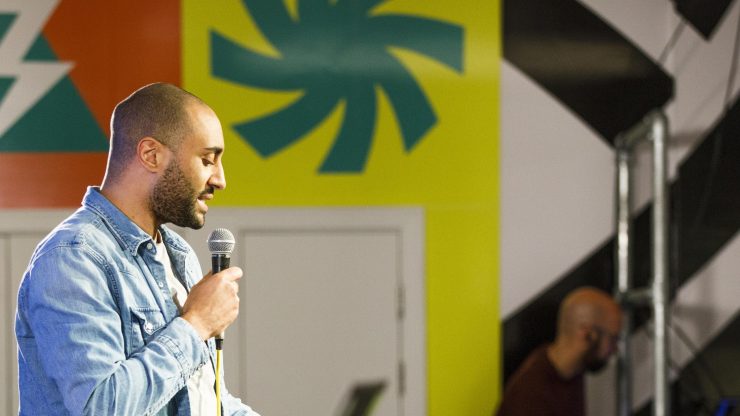 Goodloans on winning The Pitch 2021: “I can communicate with investors better”

We caught up with founder Zak Nason-Giwa to hear about what it’s like to be The Pitch champion. You can also see Zak’s winning pitch below.

So Zak, what was your experience with The Pitch like?

“When we got through to the final, all the other startups that were in our pitching session were really shocked; when we did the practice I really sucked.

“The feedback that I got from my peers meant the pitch I delivered the next week was night and day different. The pitching session wasn’t one of those ‘this is how you do it’ things. It was more like, ‘this is the framework, everyone have a go and share feedback’.

“Most startups got into it for the same reason as me: they want to get out there and improve their communication skills. Everyone was really, really willing to help each other. The feedback was candid and the people I met were really nice.”

What’s happened since the event?

“One of the judges is coming on board as an adviser. He’s built a company that’s similar to the one I’m trying to build, so that’s really useful. VCs on the panel have shown an interest in me too.

“The contacts I’ve made from an investor perspective have helped me communicate with investors better. There were people like Tom March and Lian Michelson from the semi-final who helped me answer questions better.”

How’s the investment round going?

“We’ve raised from two angels, including Tom Blomfield from Monzo. We’re looking to do a pre-seed round. We’re oversubscribed and want to close out by the end of the year.”

And finally, what was it like to win The Pitch?

“It was good obviously! It was really nice. I didn’t go into the competition to win. It was more about wanting to get comfortable pitching to large numbers of people and networking with other startups.

“Being around other startups was a nice motivator. It’s a friendly competition where people are at the same stage but not necessarily doing the same thing.”

Interested in following in Zak’s footsteps and taking part in The Pitch next year? Sign up to our email list and we’ll let you know when applications open.

The Pitch 2022 Side Hustle winner: Kate from Rowdy Kind

Watch the best founders in the country pitch live

Book tickets to see the UK's most exciting startups pitch live at our regional finals and network with like-minded entrepreneurs and investors.