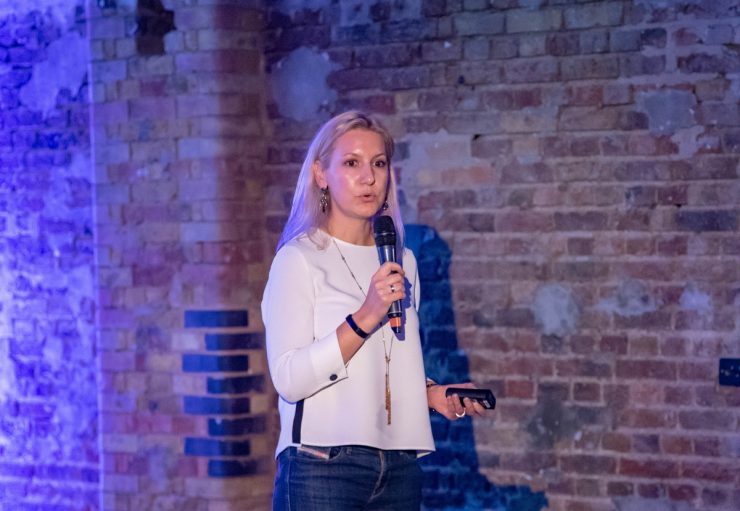 Oddbox won over the judges at The Pitch 2018 with their market-approved wonky veg subscription service. We’re delighted to announce that co-founder (and pitching champion!) Emilie Vanpoperinghe will be joining the founders of Crowdcube and Jimmy’s Iced Coffee on The Pitch 2019 judging panel.

Oddbox has been on a phenomenal growth trajectory since successfully raising £500,000 through crowdfunding last August and winning The Pitch in November.

The team has grown from five staff to 11, and they’re currently recruiting for four more. Their subscription boxes are available in most of London, with Brighton, Oxford, Bristol and Cambridge up next. In the last six months, their subscriber list has increased from 3,000 to 10,000.

“We’re targeting the conscious consumer demographic – they’re people Oddbox will appeal to,” Vanpoperinghe said. “That was the reason to raise funding. We can scale a lot faster. We’re now raising a second round of funding so we can expand nationwide.”

Outsource to make your processes scalable

Oddbox works with a number of logistics companies to run farm collections. They still pack the boxes themselves, working with around 15-20 contract packers. Vanpoperinghe acknowledges there’s a need to make the packing scalable, but it’s important not to lose quality.

“We’re looking to outsource the packaging because of the space it takes up and make it scalable. It’s not necessarily something we want to do, because it needs to be done well. But it’s also not something we need to focus on being an expert in. There’s a lot of people who can do it,” she said.

When it comes to hiring, Vanpoperinghe tries to find people who can deal with the uncertainty that comes with a fast-growing company. It’s especially important as Oddbox gets bigger – with 11 staff members, it’s become harder to communicate with everyone easily. Once you’re at that threshold, she said, you start to rely on the culture you have in place.

“When you’ve got 10 or more staff members, you still meet with everyone, but you’re a bit less involved with talking to people on a day-to-day basis. It’s become critical that everyone’s aligned behind the same goals and vision.”

Once the team have run an initial interview, they ask candidates to complete a case study with some of the practical challenges Oddbox deals with. In the past, they’ve looked at topics like their packing process: what steps would the candidates take and what could be improved?

“We get people to meet with the team and ask really practical questions. That’s where you really see how people think,” Vanpoperinghe explained.

The benefits of influencer marketing

It was hard work to get media coverage at the start, she remembers. But, in the last year, they’ve finally started to generate press. Oddbox was voted best veg box in the UK, so a lot of people now find the product through search.

In January, Oddbox dipped into influencer marketing campaigns. They teamed up with an agency to help find influencers who are interested in food and health. Oddbox then sends the influencers boxes for free. They don’t ask for anything in return, but they’ve had a 50% success rate with influencers posting about the product.

“It’s been really helpful. We’ve had a lot of people posting about opening the box, our mission and what we do,” Vanpoperinghe said.

The simple ideas are often the best

Despite her success in The Pitch 2018, pitching isn’t something that comes naturally to Vanpoperinghe. But, as a founder, it’s something you have to do if you want to grow.

“It helps if you practice in front of people. Practice makes perfect. For me, I practice a lot and ask for advice,” she said. “With slides, remember less is better – people can’t look at slides and listen well. Have one idea per slide and don’t have too many slides.”

When she talks about judging the businesses entering The Pitch this year, Vanpoperinghe emphasises that startup ideas don’t have to be complicated. The simple ideas are often the best.

“Oddbox isn’t a new idea or anything complicated. It doesn’t need to be AI. I think the best ideas are simple, because it’s something people can understand and see where there’s potential.

“In your pitch, make sure you demonstrate any traction you’ve had. What traction have you got with customers or press? What advisors or team members do you have on board? What’s your ambition – what are your future plans?”

How to create an amazing product explainer video

Win £1,000 towards freelance services with Fiverr