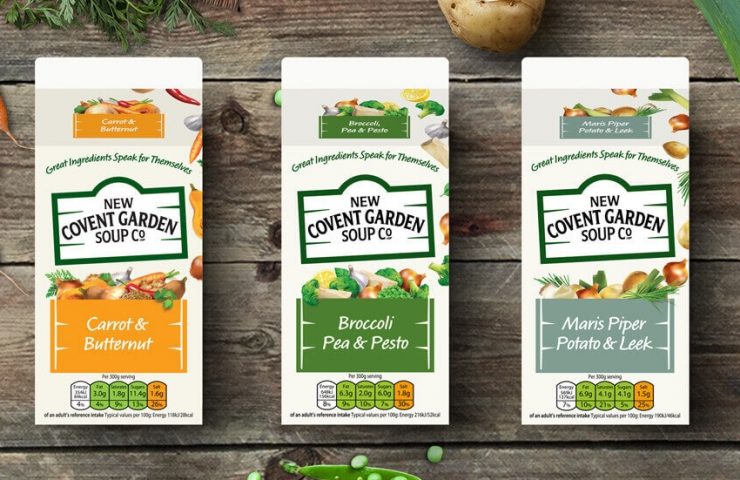 After founding his first business while studying at university, John Stapleton now has over 30 years of experience in fast-moving consumer goods (FMCG) businesses.

Starting with New Covent Garden Soup, John has since built several consumer-led businesses around the globe, including Little Dish. We’re excited to announce that he will be one of The Pitch 2020 judges.

We spoke to John about his entrepreneurial journey, investing and tips for those practising their pitch.

When I was 11 years old, my dad had a beef farm where he sold cattle. You raise the animals for two years and sell them on to another farm. I decided I should get some benefit from working on the farm, so I bought two calves. I didn’t tell him anything until they arrived in the evening.

He was quite approving and thought that the price was good. He said, “How are you going to pay for them?” and I said I needed a loan. I was negotiating while they were taking them off the lorry.

It was a good experience – a bit of ingenuity. Farming is quite entrepreneurial. If you have a bad harvest, it’s tough shit. You learn that from an early age.

I went to university in Dublin and then to Reading to do a Masters in Food Science.

He [New Covent Garden Soup co-founder, Andrew Palmer] came to Reading to ask the guys in the faculty about making fresh soup. They told him that I might be able to help them out; I think they were trying to get rid of him.

We had a chat at lunch and ended up staying in the pub until closing time.

Everyone told us we were crazy. The retailers told us we’d never get the space. The people that knew about our customers said people won’t understand it and wouldn’t buy it. You never really prove a business other than by doing it.

Challenges along the way

We didn’t know anything about constructing a factory. We learnt about safety straight away but efficiency and yields were hard. The dynamics of getting the soup into the carton cleanly and sealing it was a nightmare. We had soup on the walls, ceiling and floor – everywhere but in the carton. It took us forever and the money we had was running out.

When we finally got the process sorted out, we went to Waitrose. We were told retailers keep their cards close to their chest. They asked when we could deliver and I said September. Andrew was looking at me as if to say ‘Really?’.

We had soup on the walls, ceiling and floor – everywhere but in the carton.

There were no real negotiations – we went to the pub to celebrate. Andrew said, “How are we going to do this? We don’t have a factory.” We had a little sort-of factory but we had to ramp the capacity to 600% of what it should be.

There was a lot involved in building the brand. We spent all our money on building the factory and we had orders, but we had no idea how to get them off the shelf. Luckily, we had no competition as it was a new category, so managed to muddle our way through.

What John looks for before investing

I started making investments in 2014. I pulled back from Little Dish, which I set up in 2005. It was the wrong time to sell, so I decided to become a non-executive director.

I looked at investments in similar businesses to the ones I set up. I wanted to add value and contribute to other UK-based food and drink brands.

When considering investing in a company, I follow the two plus one rule. Two things have to be absolutely right and there’s plus one.

First, the product has to deliver. It’s food, so it’s got to be healthy, taste good and be convenient. It’s got to meet a defined consumer need.

How his business accelerator helps founders

We [Mission Ventures] provide the value to get early-stage food and drink businesses launched, help them grow and ultimately prepare for exit.

We have a mission map and an intensive 12-week programme. It’s a formal method of what I do in terms of value-added. The other side is making sure there’s a source of funding. We introduce and then help them spend the money wisely.

John’s tips on pitching for investment

Go back to the two plus one rule: convince me your product delivers and that you’re a person I can work with. Also, be yourself and be authentic. I rather grandly call myself the “authentic entrepreneur” as it resonates with people.

Practice your pitch. Practice so you don’t have to think about it, so you can strike up eye contact. Be yourself and be ready for the questions so that the audience can see you know your stuff. Then the real value is in the Q&A.

Sometimes I’ll throw a curveball to get people defensive and see how they act. People either get defensive and say they’ve figured it out. The answer is “I can understand your point of view but we understand our consumer”.

WIN an hour with investor Simon Squibb: Enter The Pitch by 31 May

Guide: Ten steps to help you set up your business