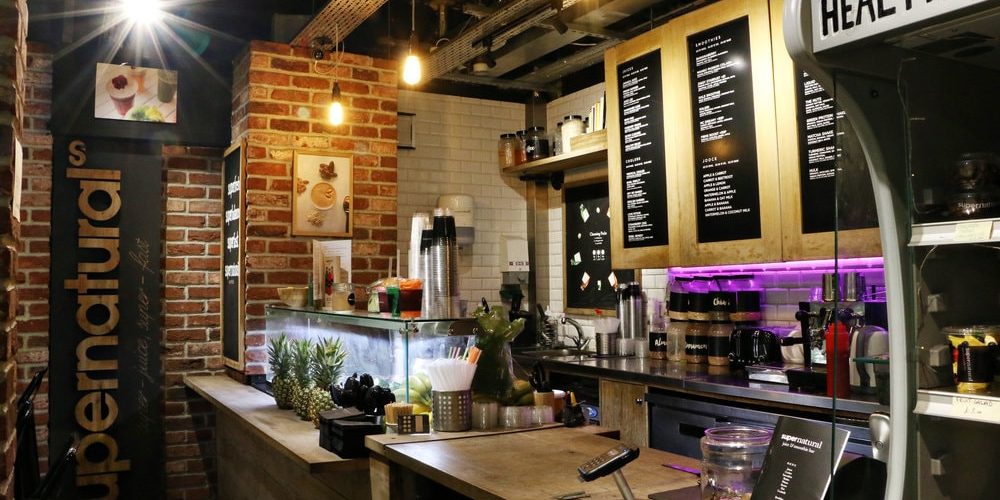 Dan Thomson, the founder of Supernatural and 2015 Pitch finalist, has recently been engaging in a spot of time travel. Okay, not strictly true – but toing-and-froing between the UK and Gibraltar has him feeling like it.

“Gibraltar is a weird little place,” he says. “Take a British town, put it back ten years and that’s what Gibraltar is currently. Entering that market, we’re at such an advantage because we almost know the future – we know the trends that will emerge, we know the taste profiles that will trend.” The fact that the rent price is about a tenth of what Thomson pays in London helps, too.

Thomson is in the pressed juice and smoothie business. The drinks are produced on site. Supernatural is now heading into office catering, too. A contestant in The Pitch 2015, Thomson struck up a business partnership with one of the judges that year: Mike Balfour of Fitness First. “He lives out there, in Gibraltar, so he helped us set-up,” says Thompson.

The business started small in 2013 and grew through events, pop-ups, markets, with no fixed abode.

But Thomson’s heart is still in London where the business began. Supernatural is an outlier among health businesses. The product is healthy and fresh, of course – but it didn’t emerge out of Thomson’s healthy lifestyle per se. There’s no romantic backstory. Well, actually there is some literal romance involved: the idea of smoothies and juice was suggested to him by a girlfriend.

“It sounded good to me, so I went onto eBay and bought four discount juicers for £400 and went down to the market and tested it,” he says.

Supernatural’s incidental origin story is reflective of its owner. “I left home when I was 17, haven’t had contact with my family since and there are only a few things you can do after that: you either fall into retail or you fall into hospitality,” Thomson explains. “So that’s how I got into it. I started in coffee shops and then went into bars. I discovered a talent in managing cocktail bars and I was lucky enough to open two of my own in Soho.”

The business started small in 2013 and grew through events, pop-ups and markets with no fixed abode. “We looked for cheap sites to fit out, rather than big sites. It was a case of building on what we had. We stretched every penny and slaved.”

Supernatural persisted with its pop-up approach for two years, only settling on premises in 2015. This approach came with costs and benefits. First, the margins are incredibly tight. “Even the cheapest location, let’s say Old Street, will still be £700 pounds per month for around 40 square foot. Plus you gotta fit it out. And then the more money you put into it, the better sales you’re going to get – but the more money put in, the more you need to make to cover costs.”

Supernatural’s itinerant days are behind it – but the microscopic focus persists.

The benefit? It’s probably one of the truest ways to test and refine a product. “So yes, more expensive but – they do allow you to test the area and test your product. Every time we did a pop-up, we did it with a slightly different twist or process.”

The pop-up approach also had another indirect benefit: it has embedded a scrupulous ethos into the heart of the business. “From the start, we knew our margins. We planned how much juice we needed to make and we were generally religious about the costs of putting the pop-ups together. Our Baker Street location only cost £1,500.”

Supernatural’s itinerant days are behind it – but the microscopic focus persists. Asked about the cost of producing a regular cup of juice, Thomson answers without much delay: “If you’re looking at a regular size juice we sell for £4.45 the cost per cup is around 62p per drink including all the packaging and everything else.”

The juice isn’t cheap, but neither is owning a retail store in London. And, the price isn’t what he sees as Supernatural’s killer differentiator. When asked, he answers: “Make it tasty, make it fast.”

The dos and don’ts of creating marketing personas

Want to get funding for your startup?

Enter The Pitch 2021 to win a chance to pitch to investors and win a money-can't-buy package of mentoring and support.