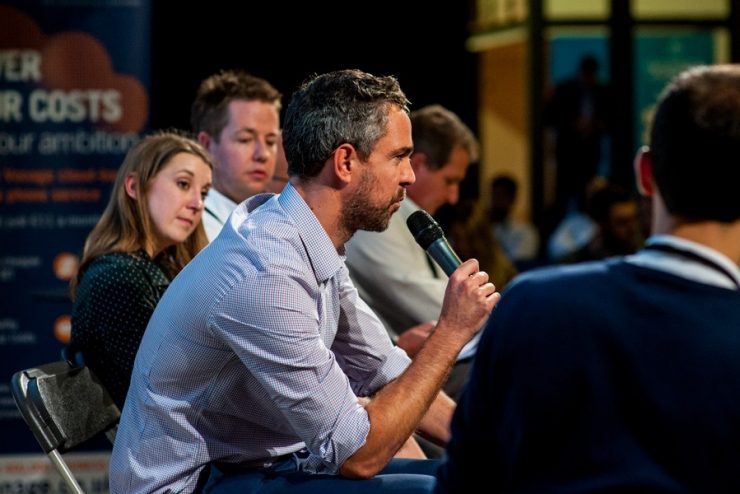 In recent times we’ve seen a growing number of more established businesses securing investment from the crowd, but despite that shift, crowdfunding is still the lifeblood for many startups.

There is no doubt that crowdfunding has helped open the doors for ambitious entrepreneurs who previously would have found it tough, or even impossible to secure funding for their fledgeling business. In 2018 alone, over £224m was invested through Crowdcube. 69% of businesses funded were seed or early-stage rounds, demonstrating that investors are eager to meet the demand for seed-stage investment and back budding entrepreneurs in their journey to make their idea a reality.

Effective crowdfunding campaigns can also be a valuable brand building exercise, particularly for fledgeling businesses with a compelling story to tell. The potential impact of a crowdfunding raise is akin to a marketing campaign, making it a draw many businesses can’t fail to ignore.

Fullgreen (previously known as Cauli Rice) is just one startup success story helped along with investment from the crowd. The company, which raised over £1.9m in three separate rounds on Crowdcube in its first three years of trading, now sees its products stocked in more than 1,000 stores in the UK and also has a presence in the US, Canada, Malaysia and Germany.

While there have been many similar success stories for startups on Crowdcube, crowdfunding isn’t a sure-fire way of raising finance.

For early-stage businesses seeking investment, irrespective of the funding route, it is essential to be able to demonstrate proof of concept to potential investors who will want to see that the business is more than just a good idea and that, essentially, there is a demand for what the company is offering.

Using Crowdcube’s  fundraising history as an example, we did our first crowd round less than a year after we started out. At that point, we’d helped a number of businesses successfully raise finance, including the first million pound raise, and so we had begun to gain real traction and had proved that our idea for an investment crowdfunding platform worked. Suffice to say it was a success, and we raised £320,000 in ten days.

When it comes to crowdfunding, creating an effective marketing campaign around the raise can be the difference between success and failure. Those that get it right will have a ready-made crowd of brand advocates and evangelists. They can provide a business additional benefits that extend beyond finance, such as contacts and expertise that can prove invaluable to the future of the business. Businesses that are proactive in promoting a raise to their existing network to gain early momentum and drive a steady stream of investment throughout the raise are at a distinct advantage.

Freetrade (the challenger stockbroker), which has raised four times with Crowdcube, is a good example of this. Their first seed stage campaign raised over £160,000 back in 2016, despite its startup status. Their most recent campaign saw them raise £1.9m, hitting their target in just 12 minutes. The company’s ability to harness its existing community in the lead up to the raise was key to their success.

There is no doubt that crowdfunding has opened the doors for businesses that otherwise would have found it impossible to get an idea off the ground, or were stuck on the ladder between starting out and raising funds to expand. With savvy startups recognising that crowdfunding can be a kick start to building a community of advocates, as well as a source of investment, demand from startups wanting to crowdfund is unlikely to subside.

The top five ways to get money to start a business

Looking for angel investors? Here’s everything you need to know