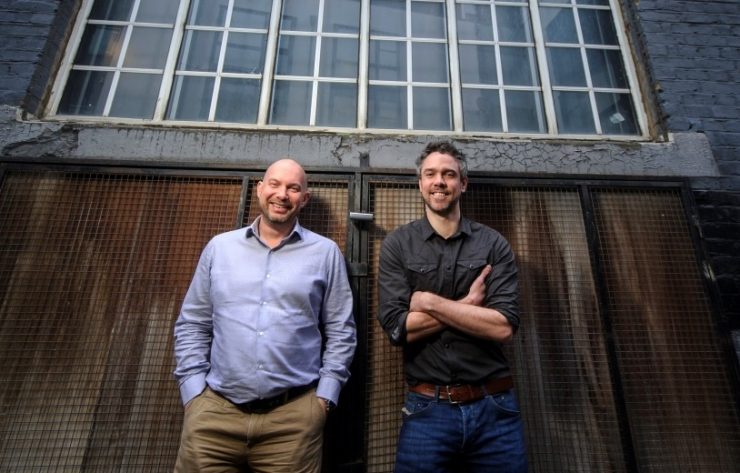 Crowdcube’s founders were fed up with the difficulty everyday people had raising funding and investing. Angel investing was limited to people who were very wealthy and you needed a good network to get funding. They envisaged a platform where anyone could invest.

The disruptive idea has helped over 800 startups raise more than £625m over the last decade, including Pitch alumni like Much Better Adventures and Rockit.

But it didn’t start out like that. CEO and co-founder Darren Westlake remembers running the business as a side hustle and the sheer perseverance needed to make it work.

We’re really proud to have Westlake as a judge of The Pitch 2019. He’s pledged time to mentor the winner too – find out more and apply now.

Westlake built and sold two businesses prior to Crowdcube. The first was launched in the early days of the internet, creating websites and providing VoIP services. The second involved selling capacity on phone networks.

The experiences in each business helped with the next – “the key is learning from the costly mistakes you make when you’re starting out,” advised Westlake. It wasn’t just the lessons that came from those businesses — the experience provided the inspiration for Crowdcube.

“The biggest challenge was trying to raise money. In the previous companies, it was credit cards, friends and family, selling my stuff. I found it really hard to find angels. The bar was really high back in those days,” said Westlake.

Launching Crowdcube as a two-man side hustle

The idea was to use the internet to empower regular people to invest. The hypothesis would take time to prove and Westlake and co-founder Luke Lang started the business while working full-time.

“It was frustrating. You’re spending most of your time doing a job you don’t want to do,” recounts Westlake. “It’s scary either way. If you don’t quit your job, it might be the wrong decision and someone could come and do your idea and be a massive success. If you quit your job and go full time you’ve got no income to pay the mortgage.”

Crowdcube was the first equity crowdfunding platform to launch and that meant there was no legislation in place. Westlake and Lang came up with a model that worked but it wasn’t long before the Financial Conduct Authority (FCA) started looking at the company.

“That was a scary period. We were getting nasty letters from a scary organisation,” said Westlake. “We were just two guys trying to start something.”

The importance of perseverance

The team learnt to embrace the legislative process and, after a period of lobbying, the FCA introduced crowdfunding regulation that’s still in place today. It’s one of the key reasons the UK leads the world in equity crowdfunding.

“One of the things I’ve learnt is the importance of perseverance and tenacity. Unless you’re lucky or super skilful, you’re always going to come up against challenges,” said Westlake. “You need to get over those obstacles, so don’t give up. The way I look at it is not only do we get over the hurdle, but everyone else will have to do that too if they want to compete with us.”

Crowdcube now has around 60 staff and offices in London, Exeter and Barcelona. The day-to-day of Westlake’s job role has become more predictable and he clearly misses the scrappiness of the early days.

Westlake said the most exciting thing is seeing the different types of businesses that raise on the platform, from £100,000 seed rounds to Monzo’s record-breaking £20m round.

“It’s fascinating to see the variety. The amazing thing about entrepreneurs is that people don’t run out of ideas, there’s always something exciting to see,” he added.

What does Crowdcube look for in startups?

Westlake will be judging the top 15 startups who make it to The Pitch Final in November. He’s looking for businesses that are different and innovative with products or services that are clearly useful. He loves tech, including physical products, and mentioned being a big fan of Rockit, a finalist of The Pitch 2017.

“I’m interested in the team,” added Westlake. “Their pitch doesn’t have to be perfectly smooth, but they have to know what they’re talking about. They have to be convincing. No one’s going to invest unless they believe that person’s going to take that business forward.”