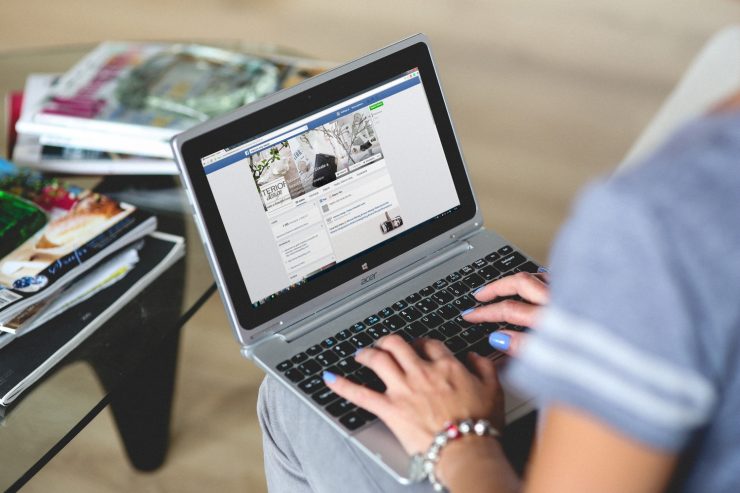 To make the most of Facebook ads, test, learn and repeat

When it comes to Facebook marketing, Depesh Mandalia has plenty of experience. He’s helped startups like Lost My Name (now Wonderbly) and toucanBox grow their offering, and run marketing campaigns for Tesco and Ann Summers.

Mandalia launched his Facebook advertising agency, SM Commerce, in 2012. We caught up with him to get his best practice advice on setting up – and budgeting for – Facebook ads.

When I joined Lost My Name, the biggest sales channels were re-sellers like Not On The High Street. There was some testing with direct sales, but nothing phenomenal. For four weeks, we were spinning multiple marketing plates. Then one of them stuck – Facebook advertising.

Within a few months, we found our traction point. From then, it was take off. We started spending £10-50 per day on small tests. Within two months, we had scaled our daily spend to the point where we were spending five figures a month on Facebook.

You don’t have to spend a huge amount when you’re starting out. If you have half a million invested in your company, you can afford to spend thousands a day and scale quickly, but it really doesn’t need to be that much.

With five to ten pounds a day, you can learn a tonne of stuff that you can then refine and build on. I’ve built a model which allows us to dip ads into the audience to see if there’s a bite, then quickly scale. It’s a way of using the auction dynamics to test small and scale fast. It’s built for the startups I worked with initially, but applies just as well for larger budget advertisers.

At the very early stages, don’t expect a return on online advertising. Having a £10 Cost Per Acquisition (CPA) or a certain target will constrain your testing. Whatever the budget, experiment and be able to take risks. If that brings you zero return but a tonne of learnings, is that good enough to develop from?

Testing will be hampered if you’re expecting £500 to turn into £1,500. If the product is new or you’ve not marketed on Facebook before, remember that things take time. Over the course of a few months, anything between £500 and £1,000 is required to properly stress test your fundamentals: your product, audience, offer and funnel.

Build personas and learn from your customers

A deeper understanding of the customer helps dictate what channel you start experimenting with. As a founder, you’ll often know better than anyone else who your target market is because you’ve come up with that idea for a reason. At the early stages, that can just be a hypothesis.

For me as a marketer, it’s about testing that hypothesis. Test, learn and gain traction. I try to focus on the What, Who, Emotional Why, Functional Why and Why Not of the product or service. It’s a model which has served us extremely well on Facebook and other marketing platforms.

I’m a big advocate of personas. At an early stage, it doesn’t have to be incredibly accurate. Just get something down and get an idea of who your target market is. Flesh it out as you start to develop. Once you make a few sales, you can start to survey them. Why did you choose our product? What’s your usual activity around the product?

Want to find new opportunities? Talk to people after they buy. We look at Net Promoter Score and split that by relationship. If a group is less satisfied, we can look at ways to fix that.

You can get plenty of useful information by asking customers why they purchased from you. For our own jewellery brand, we found men were buying a particular range to celebrate anniversaries, so we used that in our marketing to hone down our message to reach the right people at the right time.

If you’re a subscription business, your north star metric has to be customer lifetime value. Your customer’s first purchase is an acquisition cost. I’d measure lifetime value over a 12-month period where possible, then break that down by channel and other cohorts like age or gender to look at acquisition costs and time to pay back.

The challenge is optimising your ad spend on something which could take months to bottom out. At one subscription business, we found the 48-hour churn rate to be the most predictive measure of their lifetime value.

If there’s one thing I could really press home to founders, it’s that if you have product-market fit and you can validate it, it’s time to start bringing in marketing expertise. You’ve made those learnings, you’ve done the surveys – the more data and learnings you can give to a marketer the better.

All marketers are different, so bring on someone who has deeper experience in the sector. If you find people who can bring their experience in the sector, it’ll help you scale faster than you could on your own. It could be a full-time person, a freelancer or agency – you get what you pay for, but ensure they have the right experience for the path you need to take. Seek advice if you’re unsure on how to proceed.

A lot of businesses are looking at Silicon Valley and growth hacking, but one of the core misconceptions is that you’ll find a silver bullet. Actually, it’s about fast iterative testing. For example, if we were testing landing pages for mothers, fathers and grandparents, we could develop a page for each. But the fastest test would be to do one for mums and, if that works, do one for dads.

It’s thinking about the minimum viable product when it comes to testing as well. The faster you test, the faster you’re going to learn.

Michael Jordan talks about how many hoops he missed in his career, but he hit the ones that counted. That comes from testing and learning. What I try to bring into a marketing ethos is that you’re going to have lots of misses. But when you get those big wins from those learnings, that’s when it really takes off.

Facebook is still a primary route to market. Despite the competition, Facebook advertising still continues to be the primary channel for many startups.

The biggest downfall comes from assuming it’s going to be easy. You can literally turn ads on and start running them today, but it takes a lot of hard work.

When you’re trying to scale, don’t rely on a single channel. While Facebook is a highly scalable platform, it comes with its challenges. Once you find traction, reinvest in new traffic opportunities.

Kat is the head of content and community at Box 2 Media, the company behind The Pitch. She's worked with small businesses for the last four years, championing Britain's startup scene and anyone who has snacks.

The key business metrics your startup should be tracking

How to set KPIs when you’re building a startup

Want the chance to build your network, work with a pitching coach and compete in our national final?